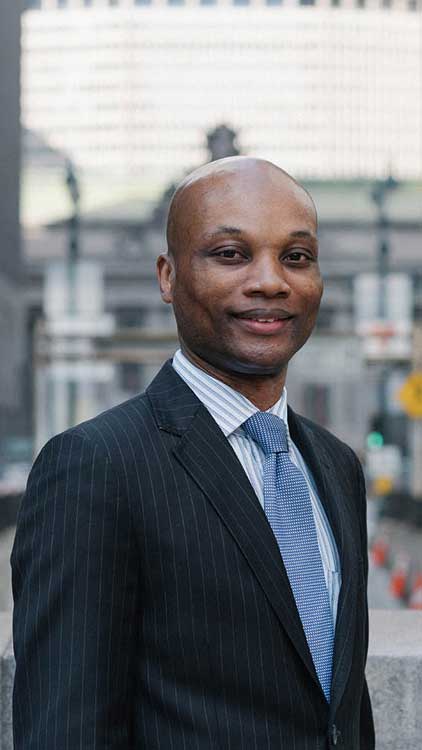 He is also the founder of Congo Business Network, a business network for Congolese entrepreneurs based in the diaspora and in the Democratic Republic of Congo. Originally from Congo-Kinshasa, he has lived in the United States for 25 years.

After high school in Bethesda, Maryland, he went into military service in the Marine Corps in California, where he managed training resources for over 1,000 Marines who participated in weekly training to prepare for their missions.

After military service, he attended the University of Maryland, where he graduated with three bachelor’s degrees in finance, marketing, and political science.

He then worked at SunTrust Bank in Washington, D.C. in the role of client relationship management. From there, he transitioned to the presidential campaign of Barack Obama to develop an effective campaign strategy in the highly competitive states of Ohio and Florida.

After that, he returned to the financial sector at J.P. Morgan in New York, where he worked in corporate treasury advisory services. His team advised Chief Financial Officers of Fortune 500 companies on working capital management so that they could have enough money to run their businesses.

Also, he participated in the finance training program at the Federal Reserve Bank of New York and also took training in capital markets and effective business management at the Wharton School of Business in Philadelphia.

Before launching into entrepreneurship, he joined Drexel Hamilton, an investment bank in Manhattan where he worked in capital markets with team members who had several years of experience at such banks as Goldman Sachs, Deutsche Bank and Credit Suisse.